How to Conduct a Better Job Interview with Video Conferencing 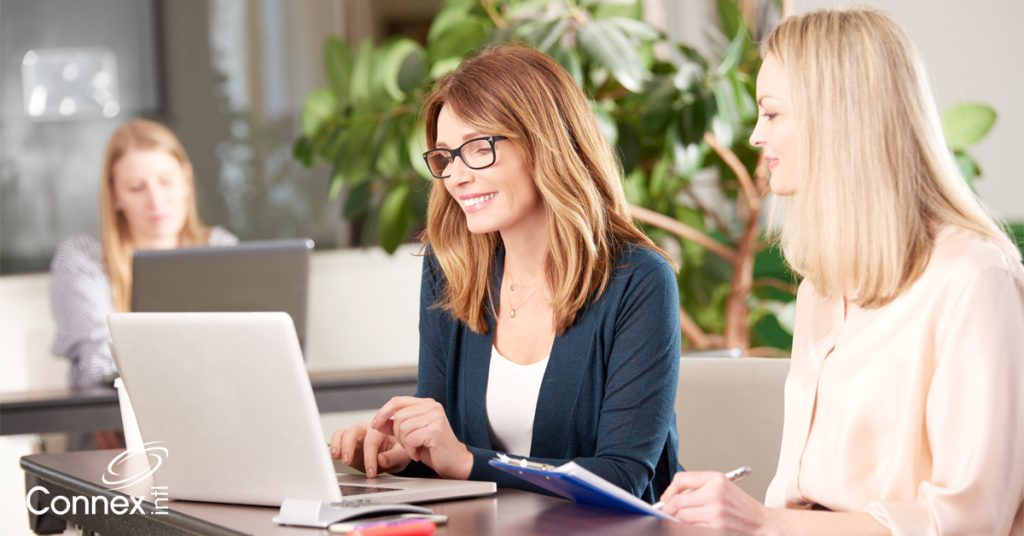 How to Conduct a Better Job Interview
with Video Conferencing

After you posted that job description and then dug your way through that avalanche of resumes that arrived in response, traditionally, what was the next step in the hiring process? (Hint: before the job interview) You guessed it—the phone screening.

That preliminary telephone call was the initial conversation that HR professionals like yourself used to weed through candidates. Which ones were worthy of moving to the next round, and which should have their resumes moved to the recycle bin?

It’s a crucial piece of the process. But, thanks to advances in technology, many employers have kicked these first discussions up a notch by moving away from the phone and using video conferencing.

That’s for good reason. Utilizing video conferencing for these first-round interviews empowers you to get a greater understanding of what each candidate brings to the table. With that knowledge, you’re able to zone in on the applicants that most deserve to continue to the next stage of the hiring process.

However, in order to reap those benefits, you first need to know how to conduct a solid video interview. Here are seven key tips to keep in mind to conduct an awesome job interview using video conferencing.

1. Empower the candidate with information.

A great interview starts well ahead of time. The first step involves making sure that the interviewee has all of the information he or she needs in order to have a successful interview.

When done in-person, this could involve things like where the candidate should park or what they should tell the receptionist when they arrive. However, when doing this conversation via video, you need to make sure that the applicant knows important details such as:

A high-quality conferencing tool will make it easy for participants to join the call. However, making sure that you’ve delivered details like the above far ahead of your conversation will streamline the process while also easing your interviewee’s nerves.

2. Do a test run before the job interview.

Nothing can throw a job interview off the rails like a major technical glitch or hiccup. It disrupts the flow of the conversation and can also serve as a distraction for both you and the interviewee.

This is why it’s smart to do a test run before that scheduled interview time. Do you know how to start your online meeting? What about any other features you might need to use—such as screen sharing or recording?

Take the time to test and make sure you understand how everything functions. Not only will this help to mitigate any potential glitches, but it will also make you far more likely to know how to troubleshoot them in the rare instance that an error does occur.

A video interview might not seem like it has the same level of formality as an in-person one. However, it’s important to remember that this is still a job interview. While you’re assessing the candidate, he or she is also determining whether or not your company meets his or her own needs.

Needless to say, you want the impression you make to be as professional as possible. This means securing a quiet, clean, and polished looking place where you can host the interview (no messy or distracting backgrounds!). You should also dress professionally for that conversation—the way you would for any other interview.

You want that job applicant to take this conversation seriously, so you need to ensure that you do the same.

Introductions happen rather naturally in an in-person conversation. You shake hands and exchange those pleasantries. But, when you’re communicating using technology, these sorts of formalities can easily be skipped.

Make a conscious effort to ensure that you take the time to make introductions before moving into the bulk of the interview. Before asking the candidate to tell you a little bit about him or herself, be sure that you make the following clear:

Touching on those points sets the stage, and also serves as a natural segue into the rest of the conversation.

Small talk is another thing that’s often taken for granted in face-to-face conversations. After introductions and before you jump in, small talk helps to establish some rapport and relax any interviewee jitters.

Additionally, taking a little bit of time for personal chatter before getting into the tougher interview questions gives you the opportunity to get a better feel for that particular candidate.

Is he or she easy to talk to, will they fit in well with the existing team? That’s an important consideration—and one you’ll really only get a feel for if you prioritize some small talk!

6. Look directly at the other person.

One key point of confusion that many people face when communicating via video is where exactly they should look. Some people can’t seem to rip their eyes away from the little box that displays their own faces, while others stare unnaturally into the camera.

The best way to think about this is as a normal conversation. Look at your computer screen and at the interviewee’s face—like you would if he or she was across the table from you.

This makes for a much more natural (not to mention less awkward and nerve-wracking!) exchange. Plus, it gives you the chance to actually pay attention to that candidate and his or her body language—which you wouldn’t be able to do if you had your eyes permanently glued to the camera.

Even though video conferencing is a different method than some of the ones you might use today to conduct initial interviews, give it a try and kick it up a notch! Use the face-to-face experience to get a better understanding of the job candidate, make smarter hiring decisions, and improve your talent acquisition process.

Always have the best video interviews, even if you’re in the medical field, so you can hire the best for your team!