10 Household Name Businesses That Were Founded By Women 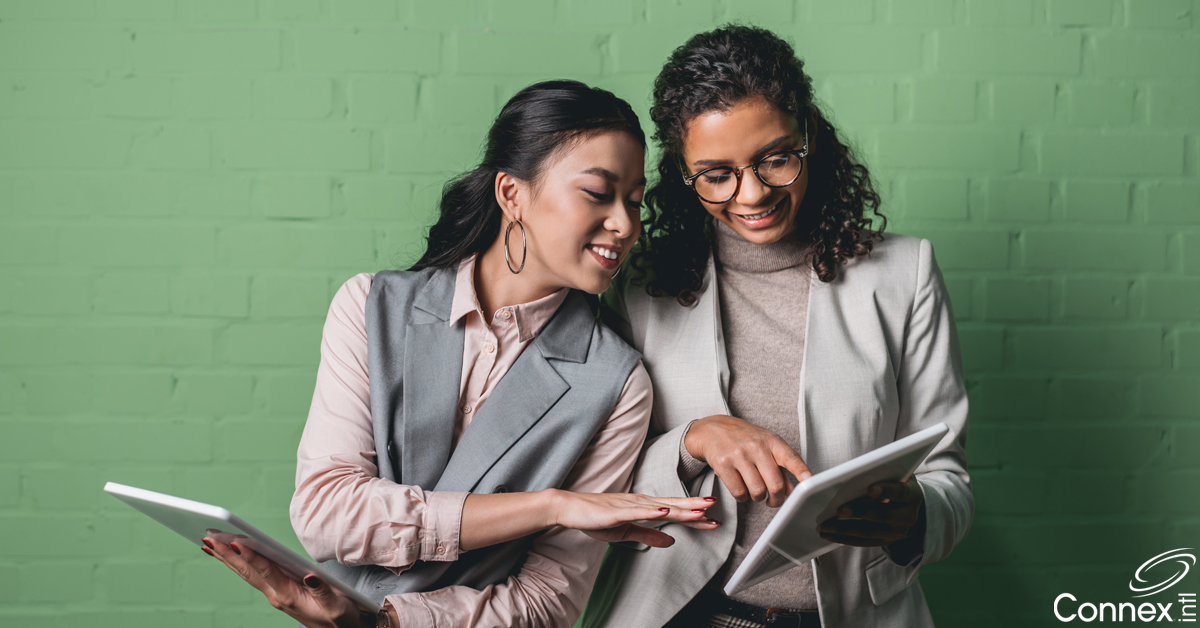 10 Household-Name Businesses
That Were Founded By Women

At Connex Intl, we’re proud to be a Certified Woman-Owned Business. And, while March is Women’s History Month, we’re firm believers that there’s never a wrong time to shine a light on the contributions of the numerous powerful women in history.

In fact, while it’s not tough to think of famous businessmen or male entrepreneurs, it was actually women that were behind the scenes of some of the most influential companies that have become household names today.

Which ones? We’re highlighting 10 big-name companies spearheaded by women.

Chances are you’ve at least heard of ancestry or DNA kits, if not subscribed to one yourself. But, did you know a woman founded 23andMe? In 2006, Anne Wojcicki launched the company with help from Linda Avery and Paul Cusenza.

In 2018, Time named 23andMe one of the most genius companies of the year. Today, 23andMe has sold more than 12 million kits worldwide and includes more than 55 health reports backed by the FDA.

The next time you need to undo an error on a printed sheet of paper, you can offer a brief thank you to Bette Nesmith Graham, who founded Liquid Paper after she innovatively used a tiny paintbrush and water-based paint to cover up a mistake when she was working as a typist in 1951.

Originally named Mistake Out, Graham made the switch to Liquid Paper in 1956. A couple of decades later, Liquid Paper was sold to Gillette for $47.5 million.

In 1998, Sara Blakely dressed for a party when she cut the feet from her pantyhose. She wanted a smoother look for her outfit, which consisted of light-colored pants. Then, little did she know, she’d start a shapewear revolution.

Blakely officially launched Spanx in 2000, and by 2012 she was named the youngest female self-made billionaire. With her billionaire stats, Blakely pledged half of her wealth to charitable causes. Today, the company is valued at around one billion dollars.

You already know about The American Red Cross. But, despite being one of the most important women in history, you’re probably less familiar with Clarissa Harlowe Barton (better known as Clara Barton).

During the Civil War, Barton risked her own life to bring supplies, care, and comfort to soldiers on the battlefield—eventually earning the nickname “Angel of the Battlefield.”

Following the war, she traveled to Europe and was familiarized with the Red Cross based in Geneva, Switzerland. Feeling strongly that the United States should join the Red Cross network, Barton founded the American Red Cross in 1881.

Even more amazing? She served as president of the American Red Cross until 1904—when she resigned at the age of 83.

You’ve seen Pepperidge Farm products filling the aisles of your local grocery store. But have you ever stopped to consider the history of the brand?

Pepperidge Farm was founded in 1937 by Margaret Rudkin, who named the company after her family’s property in Connecticut.

The inspiration behind the company had some homegrown roots as well. Rudkin had grown frustrated with the lack of solutions for her son, who was allergic to commercially produced bread. So, she began baking it herself.

From there, demand increased, and Rudkin began supplying her baked goods to local grocers. Eventually, Pepperidge Farm was sold to the Campbell Soup Company in 1961.

The start of Kikkoman dates pretty far back. But, the story goes that it was started by a woman named Shige Maki in the 1600s.

After her husband died in battle, Maki and her son left their home to settle in the village of Noda. Once there, they spent 15 years cultivating rice and learning how to make shoyu (what we know as soy sauce).

As you can probably guess, that’s when Kikkoman began. Maki ironed out the kinks in her production process and began selling the product to locals—paving the way for the soy sauce we all know and love today.

In the late eighties, dermatologists Katie Rodan and Kathy Fields met at Stanford University School of Medicine during their residencies. They shared a common pain point in the field: the inability to treat patients’ acne problems the way they wanted to.

In 1995, the duo launched Proactiv, a multi-step acne solution. Now, instead of spot treating acne, consumers could take care of their entire faces in one-fell-swoop. Over the years, several celebrities spoke on behalf of the brand, including Jessica Simpson, Julianne Hough, Olivia Munn, Justin Bieber, and more.
In 2002, the skincare specialists added a new company to their portfolio: Rodan + Fields. Collectively, the women are worth around three billion dollars.

Ever want to wear a fancy new dress for a special occasion, but don’t want to drop too much money? Female duo Jennifer Hyman and Jennifer Fleiss felt the same way. So in 2009, the two women, who met at Harvard Business School, started Rent the Runway. The company allows consumers to borrow designer clothing for special events without the shocking price tags.

In 2016, Rent the Runway broke 100 million dollars in revenue, and by 2019 it was valued at over one billion dollars.

The favorite burger of the entire west coast got its start with the husband and wife team, Harry and Esther Snyder.

The first In-n-Out opened up in Baldwin Park, California, in 1948, serving a menu of burgers, fries, shakes, and soft drinks.

The Snyders obviously hit on a winning recipe. Today, In-n-Out has over 300 stores in five different states, which is good for an estimated $550 million every year.

Thirsty for some delicious pomegranate juice? If you grab a bottle of Pom Wonderful, you owe it all to Lynda Resnick—who started the company in 2002 after discovering that the pistachio farm she had purchased also had pomegranate trees.

But, Resnick’s success as an entrepreneur extends far past pomegranates. She’s also the brains behind brands like Wonderful Pistachios, FIJI Water, and Teleflora—contributing to her whopping net worth of nearly $3.5 billion.

There you have it — 10 impressive companies who all had women at their helm. Needless to say, as a woman-owned business ourselves, we’re in some pretty good company.